January 4 update: “How Tapping Into a Youth’s Identity Can Excite Interest In Learning.

Ah, Winter Break…a time to catch up on media and mischief, and perhaps…have too much time to think. My dangerous questions are: “Are some learning and engagement strategies inherently biased? Do they try too hard to be inclusive and diverse, or do they not try hard enough? Where are we on this pendulum, anyway?” The question arose when I read this article from NPR by Joe Palca, ‘Hip-hop Vocal: The Lexicon Is In the Lyrics.” What struck me was Austin Martin’s insight about his time spent in school:

Although he’s in an Ivy League college now, Martin says that he struggled in school. He was smart, but he says the things he was really intellectually curious about weren’t valued in the classroom.

I wonder what exactly does that mean, “weren’t valued in the classroom?” I’m not questioning his memory –far from it–what I am wondering is how do we know, as students, when we’re not being valued? Was there a direct put-down to his love of music and sports, did a teacher disparage him somehow? Was his pedagogical experience so bland and dry it left no quarter for personal passions? And that made me think, did I ever have a chance to express personal interests in school? Okay, yes, I analyzed “Money” by Pink Floyd in English class, but I certainly wasn’t hanging with the AP crowd. What place do our personal passions play with our knowledge building, and are we using ‘diversity’ as a new brush to paint everything in one color, yet again? If the majority of students are from a range of diverse backgrounds, does that then make everyone homogenous?

His reflection about himself as a teenage student says:

“I knew every last thing there was to know about hip-hop and basketball,” he says. He could tell you incredibly detailed facts about rappers and NBA players.

Perhaps most of us could think of things we loved as teenagers, but our teachers certainly didn’t have the time or inclination to broach us about those passions. Were they supposed to? Well, sure, sometimes perhaps…to that end, Martin created a program that encompasses rap and vocabulary building:

The program is called Rhymes with Reason. He’s using rap lyrics to teach vocabulary, in the hope that some will connect more to popular music than they do to static words on a page.

This undergrad isn’t the first to think of using hip-hop in the classroom to engage students. The Hip-Hop Education Center, founded by New York University professor Martha Diaz, lists hundreds of programs that use hip-hop culture as a teaching tool.

And yes, I agree with the thesis of the piece, “So why not tap into that enthusiasm to help kids like him, who might be turned off by traditional schoolwork?” Yes, why not indeed–trying to find what will engage students is our educational nirvana. But ‘tapping in’ should not mean assuming all kids like the same things (like kids from ‘diverse’ schools all like basketball and rap: we need to do some code-switching here).

But who’s to say what traditional is, anyway? How are we currently defining multi-cultural, diverse, inclusive and engaging texts?

One way I spend my time is to look at new titles, and fortunately so does the district. This year they purchased The Crossover by Kwame Alexander, which is a considered a Verse genre, meaning, it’s  poetic/rap structure. Aside from taking the time to study Russian Formalism and consider that structure makes the meaning, it’s a great book rich with textual context, discussion opportunities, etc. Unfortunately it doesn’t fit with my content areas this year, and this summer I researched other multi-cultural books. And, unfortunately again, there may not be any funds to add some great historical fiction pieces to my curriculum.

So, yeah, there’s that. And I don’t think Donor’s Choose can save me this time.

I wonder though, because my school is one of the most diverse in the district, do people assume that every kid loves basketball and hip-hop, ascribing some generalization that…and this is where it gets scary…leads to micro-aggressive bias? Because that’s not the case. There are kids who love One Direction, Justin Bieber, and kids who love soccer, or football, or gaming, or Manga, or Haka dancing or dubstep, Anime, Minecraft, and inclusive not only in the color of their skins or nationalities, embrace things that are purely, sparkly, what being an American teenager is now. They like stuff, not necessarily racial identities. Or rather, including their racial identities as part of their growth into individuals. But they do like stuff: cell phones know no boundaries or backgrounds. There are boys who stare at their computer screens for hours looking at shoes, and girls who read Tumblr and follow feminist discussions. And two things they all have in common: they want the best education their teachers can offer, and build their knowledge and agency, and they want relevancy. The shadowy side is teenagers still bully each other over the most superficial of behaviors, with terrible consequences, which is why I would love to know more about how Martin felt or knew he wasn’t being valued (did a teacher bully or mock him?).

On another note: While I don’t agree with this article, it may shock some to find out that anytime one group feels defined by another there will be push-back. (This article has plenty of push-back.) I’m linking it with some hesitation, but it is in the discomfort of defining personal identity that may be a the kernel of the diversity truth.

And as far as teacher reactions, consider our own backgrounds, too. From an article by Pat Burke Guild, “Diversity, Learning Style, and Culture” (Johns Hopkins School of Education), the writer states:

Teachers know that students learn in different ways; the experience in the classroom confirms this every day. In addition, well-accepted theories and extensive research illustrate and document learning differences. Most educators can talk about learning differences, whether by the name of learning styles, cognitive styles, psychological type, or multiple intelligences. Learners bring their own individual approach, talents and interests to the learning situation.

Growing up, the only edgy writer I was exposed to was Judy Blume. I had to seek and find other writers on my own. There wasn’t enough discussion and exposure to writers with multiple perspectives and voices, not in the least. Heck, I came from the dark ages when folks still believed Columbus was a hero. And this is an ‘and’ not a ‘but’ — and, I am spending my life making up for lost time, but still loving Judy Blume’s role in my life, too.

Back to my curriculum issue: I wish I could have students compare the narratives between Octavian Nothing and Sophia’s War. In Sophia’s War: A Tale of the Revolution, Avi brushes by the plight of slaves in joining the British forces, but that’s not the theme of the book. In Octavian Nothing, M.T. Anderson never mentions little Boston white girls whose brothers are sent to prison ships. But that also its not its job. However, it’s our jobs as educators to be knowledge and present the sides as best as we can, and have students make connections. What would I tell my students from India or Russia? They may not be represented in those stories at all–but that doesn’t mean they’re not worth reading. Diversity is not niche adaptation, but variety and knowledge strength.

So why ‘the paradox of diversity?’ Because it seems the more educators try to be diverse the more it becomes cookie-cutter. There is no perfect purple unicorn that answers everyone’s diverse backgrounds, and that’s for the best. Keep your eyes and mind open, don’t be embarrassed about your own journey and background, and read everything.

How Kwame Alexander Gets Teens Reading and Writing Poetry 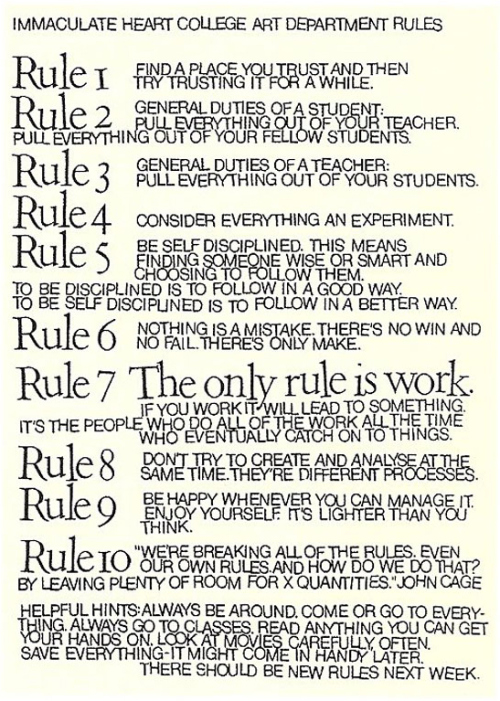