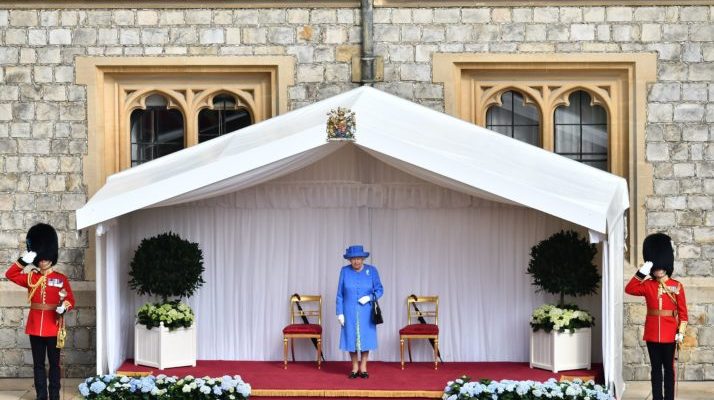 My burning question: What does living with constant, unrelenting lies do to the human brain/learner?

John Brennan’s tweet made me consider this from an educator’s point of view.

Take away the incredulous, dangerous propaganda machine this current administration is, and any political leanings, it is well documented that he is a liar. And while I am not capable of diagnosing his narcissistic, pathological and malignant personality traits, I can objectively do some research into how lies affect students.

The current president of the U.S. is a liar.

On Thursday, the Washington Post published a remarkable story on its front page revealing a recent spike in the number of “false and misleading claims” made by President Trump. In his first year as President, Trump made 2,140 false claims, according to the Post. In just the last six months, he has nearly doubled that total to 4,229. In June and July, he averaged sixteen false claims a day. On July 5th, the Post found what appears to be Trump’s most untruthful day yet: seventy-six percent of the ninety-eight factual assertions he made in a campaign-style rally in Great Falls, Montana, were “false, misleading or unsupported by evidence.” Trump’s rallies have become the signature events of his Presidency, and it is there that the President most often plays fast and loose with the facts, in service to his political priorities and to telling his fervent supporters what they want and expect to hear from him. At another rally this week, in Tampa, Trump made thirty-five false and misleading claims, on subjects ranging from trade with China to the size of his tax cut.

What responsible & right-thinking adult can point to @realDonaldTrump as a role model for our youth? Whenever he spews lies, insults, and polarizing hate speech against fellow Americans, think of its harmful impact on our young people and the way they talk, act, & treat others. https://t.co/S8sPpydvt9

U.S. President Donald Trump told supporters that Queen Elizabeth II kept him waiting during his first official visit to the United Kingdom, blaming the media for reporting he’d been the one who was late for their meeting.

Speaking at a rally in Pennsylvania on Thursday, Trump claimed he had actually arrived 15 minutes early for his meeting with the “incredible” queen, slamming the “fake, fake, disgusting news” media reports that noted he had been the one who was late.

The moral of the story, if I may use that term, is that when people in positions of power lie, you not only become disaffected with them, but you become disaffected with the institutions they represent. Each time this happens, your identity and well-being takes a new hit. Identification with our jobs and our government are crucial to our self-concepts.  As we lose faith in them, we lose faith in ourselves.

The underlying model that Griffith and her team tested bears strong connections to the way that people feel about their political leaders. The leader-member exchange (LMX) model proposes that, as the name implies, the quality of the relationships between members and leaders works in two directions. The more that members feel connected to their leaders, the better the system works.  Members feel better about their leaders when they see them as ethical, honest, good at interpersonal relationships, consistent, and fair. If members and leaders don’t have mutual respect and trust, the workers will ultimately be turned off from feeling committed both to their leaders and their organizations.

You see the problem, right? What if a political leader has captured and brainwashed followers to the point they are incapable of not only detecting lies but wallowing and savoring the lies? Their own identities are fraught with self-deception and self-loathing?

“People create the reality they need in order to discover themselves”
― Ernest Becker, The Denial of Death

: a theory holding that the self can know nothing but its own modifications and that the self is the only existent thing; also : extreme egocentrism

Before I fall into despair, time to pivot back to my original question: there is no doubt that living with a political leader who constantly lies is going to do some to a lot of damage to our nation’s psyche.

I’ll use Krauss Whitbourne’s guide and shape one of my own for the classroom:

I can’t do much for those children whose parents have decided to be hateful, explore and grow their racism and align themselves with Trump. I am struggling with this, and I think if many of us were honest we would have a hard conversation about this. I am conflicted: the bond between parent and child is one I hold sacred, and while children are being sexually assaulted, harmed beyond repair emotionally and physically, I am wondering how we will begin to heal and move forward from one of the most shameful moments in our history. It’s one of the most because we know better. We should have learned. The majority of us saw it coming but had no plan on how to stop it.

I am struggling with finding empathy for Trump followers’ children. Rather, struggling to find a way to the path to forgiving the parents.

When they realize they’ve been lied to and digging in will result in further humiliation, it’s going to be disastrous. Trump is incapable of saying he’s wrong, and since they identify with him they will be, too.

But we are doing better at exposing lies, helping students become critical thinkers, and even if it’s painful and causes Richter-scale brain spasms of cognitive dissonance, we educators must keep pressing forward, objectively and with clarity.

From Should Teachers Talk Trump in Class by Ruben Brosbe:

Ultimately though, treating politics and other controversial topics as taboo does a disservice to kids and to our future democracy. But facilitating these conversations isn’t easy. “Schools need to model and facilitate those discussions but there aren’t any hard and fast rules,” Dr. Levinson said. Teaching young people to engage in, rather than avoid, critical conversations may be a way schools can truly navigate today’s polarized national ecosystem.