This blog acts as a digital sketchbook, a virtual cocktail napkin, as a means of my sorting of thoughts. I am truly interested in what you think, too, so please comment.

The question is: do we label ourselves and others too much?

I know a single mother whose son just graduated high school. Our sons went to School of Rock together, and she took some great photographs during my son’s time there. These young people are amazing musicians. She has survived cancer, is stunningly beautiful, smart, edgy, and talented. She has pink hair. She has perfect skin. She thinks for herself. This I’ve gathered from her social media posts, as I’ve never had the pleasure to meet in ‘in real life,’ or as gamers say, IRL. Her posts are engaging and interesting. I wonder, though, if I would still think so if I disagreed with them? And when politicians/voters label Sanders’ supporters with ‘BernieBro’ or “Sandanistas*’, how does she fit in? She’s almost fifty years old, and certainly not a ‘bro.’ But her voice doesn’t seem to ‘count.’ So whose does?

John Spencer had me thinking the other day (as he’s been known to do) when he commented on a post of mine about ‘toxic masculinity.’ At first, I justified my use of this term, because labels are convenient. The shorthand facilitates speed, but perhaps it does not produce contemplation. He stated:

“But there’s another risk, which is what happens when a negative term is applied to a group. Members of that group either view the critique as extreme and they tune it out or they actively fight against it. I’m not arguing for tone policing or man-splaining or anything like that. People can certainly feel free to use it. It’s just for me, “toxic masculinity” seems to have the same ickiness factor that “white trash” or “feminazi” or “radical Muslim” all have.”

I wonder if ‘white privilege’ fits in here, too. Not sure. What I do know is in this digital age we’ve become so accustomed to trying to be clever with the next quippy saying or catchphrase we don’t consider things in depth. Our human brains still respond emotionally. Which leads me to consider how we, and our students, are processing emotions without context. This processing is unrelenting and aggressive. 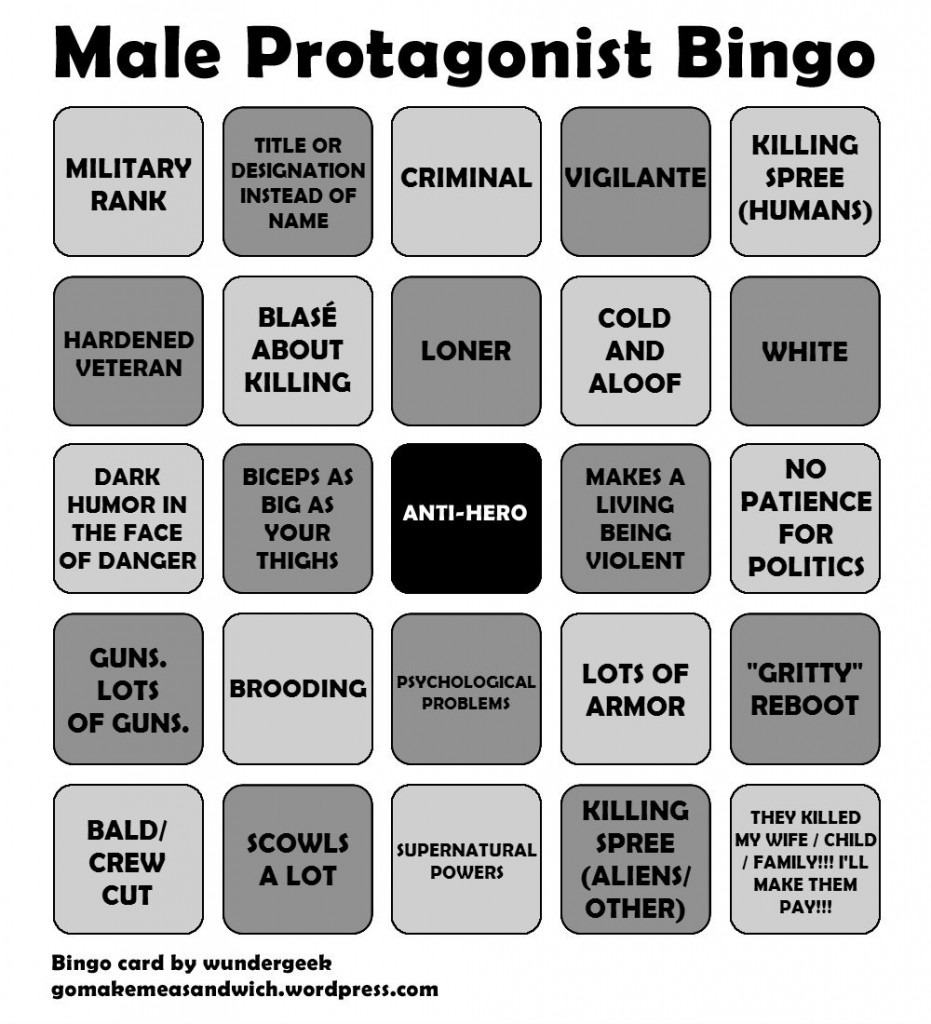 This chart is intended to be funny, but it amasses just as many tropes as any media. Is the way to fight stereotypes, sexism, racism, and hate with more? How do we reject the labels ascribed to us, and concurrently help students understand in their media worlds what ‘not taking something personally’ really means?

The findings suggest that emotional contagion can occur in an online social network, even without face-to-face interaction between two people. “We show that simply failing to ‘overhear’ a friend’s emotional expression via Facebook is enough to buffer one from its effects,” the authors wrote.

The Facebook users weren’t simply mimicking the emotions of their friends by writing fewer positive or negative posts; these users frequently displayed the opposite emotion of the one omitted in their feed.

What’s more, nonverbal behavior, or body language, doesn’t appear to be necessary for emotions to spread, the study showed. Text alone was enough to have an effect.

So students have been steaming in a big bowl of angry alphabet soup: words without physicality or nuance, and if a child sees themselves in a comment, or two, or two thousand, that pushes and prods, during this critical time of discovering identity how damaging must this be? Adolescents are known to push boundaries and experiment: a few weeks before school two of my quietest, seemingly nicest girls wrote some negative poetry. They literally wrote a narrative for another student. This may not have been a social media post, just good old-fashioned, old-school bullying,

My question remains: how do I inform students about what happens to their brains and emotions when they see negative things about themselves, their beliefs, their values, and their identities? I would think the direct approach would be best: anytime someone posts a fight ‘invitation’ on Facebook or other social media, they are willingly giving up their freedoms. They are behaving like indentured servants to some greater idea that neither loves nor cares for them, the idea of control. Or how about the sexual predator who stalks someone who is in a fog of romantic notions, seeking attention and affection? The archetype of the wolf is nothing new, it’s as old as the dawn; only the speed of digital information has changed. Go back to the shorthand/label: because of the speed we don’t process adequately. Cry wolf, and everyone shrugs. Same with “bully”: no one cares. Swipe right, swipe left, just swipe. Label and dismiss.

*No politician is without her or his label or derogatory term. And voters get labeled and characterized, too. If voters don’t want Hillary, the default is they’re sexist. If they do, they’re shrill hawks. At least for one, he is characterized by his actions, which are clear and forthright: xenophobic, racist, and dangerous. No question. Ah, see how that labeling thing works? You all know who I’m talking about.

But what gets lost in the labels are the policies, the plans, the ideas: what if news media used integrity and didn’t report on important issues like it was the Kardashians or a sports game? I think the words “winner” and “loser” have been used more in this campaign than I can remember. Or maybe that’s just me thinking about it differently. If students see things only in terms of win or loss, no wonder they have no field, no stable ground to steady their feet.

Perhaps the best thing to do is to present students with this question, and information: how do they detach unnecessary and incorrect labels/identities others attach? How can they use cognitive skills to be aware when a comment has hurt them? Remember they’re not running for office and haven’t developed the thick hides seasoned politicians have. (Well, some anyway.) As for myself, I’m trying to remember that my narrative is my own. I cannot control how or what others see. There aren’t just facts and opinions, but truths. The beliefs you can’t prove with numbers or data. And they’re not meant to be litigated or debated. For using labels such as ‘toxic masculinity’ I’ll use those labels to reflect and try to make sense out of the unreasonable. If it makes me stop and think, then it hasn’t been wasted time.