This is a follow-up to Part 1 of “Go West, Teacher!” One of my burning questions is a ‘Now and Then’ sort of game — what do we do now, and what did folks do back then to (fill in the blank)? Many of these will be treated in a constructivist model, with the questions posed as writing about what students’ experiences are now, and then constructing and inquiring about the past. Any suggestions for constructing meaning and thinking are welcome.

How did the Europeans construct their ‘new world?’ What ideals should they have left behind, and what values and technologies help them survive? (What IF they had left some of their values behind and embraced the indigenous cultures’ values instead–how might our country be different?)

‘The Crucible” by Arthur Miller

The Witch of Blackbird Pond by Elizabeth George Speare

How did people find someone to date?

When Flirtation Cards Were All The Rage

What did people read for fun?

The Scarlett Letter by Nathaniel Hawthorne – maybe just close reading excerpts, and let them have all the fun in high school?

The Highwayman by Alfred Noyes –though published in 1906, it harkens back to earlier times.

The Emergence of Popular Culture in Colonial America

…and I basically bought out the collection of Laurie Halse Anderson.

Who wrote, and why? How were items published? How was freedom of speech manifested and protected then?

*Note to self: research into literary period timelines…

*Note to self: re-read Sarah Vowell’s The Wordy Shipmates

How are the Amendments interpreted now?

What were forms of entertainment?

How were gender roles defined, and why?

By the time of the Revolution, historian Jane Carson writes, second to their dolls, the “favorite toy of little girls” was the tea set, sold in Williamsburg shops. This toy offered the colonial girl an opportunity to play at the enormously popular adult pastime, the tea ceremony, which had captivated Americans from the wealthiest to the lower classes. So popular had tea services and daily rituals surrounding the consumption of the beverage become that a survey of estate inventories in New York from 1742 through 1768 shows that wealthy and lowly estates in cities as well as in rural areas included the essentials: teapots, cups, saucers, and teaspoons. The boycott of tea called in response to the Townshend Act of 1767 did not alter the behavior of many colonials, and even those who gave up tea continued their tea ceremonies by substituting chocolate or coffee.

Who contributed to the dialogue?

African-American Writers/Thinkers of the 19th Century

A Time-Line of Native American Culture

How did teenage girls become women? –look across all cultures – more research

How did teenage boys become men?–look across all cultures–more research

Dare I venture back to my fifth grade experience? Johnny Tremain by Esther Hoskins Forbes

What was school like? Who received an education, and how?

How did they punish criminals? What were considered crimes compared to now?

And of course, the most important question: how do I keep future generations from believing “Abraham Lincoln, Vampire Hunter” is fact? 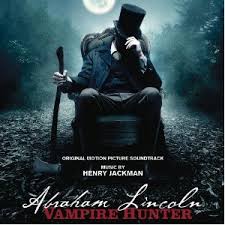 I appreciate your indulgence in these ‘curation posts’.

Just as a placeholder, here are the texts used for 7th grade (Washington State) in the past: 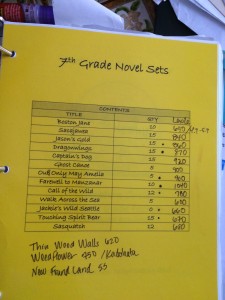 A unit on Japanese Interment camps would be excellent. No to “Jackie’s Wild” and “Walk Across the Sea”…hard to teach texts that are not engaging personally.

These texts must be reviewed through the text complexity lens, and many other filters, too.