The archetypal Jack is mischievous. He is the joker, the wild card, the surprise, the one with the spark. He starts things, but seldom finishes them. He is restless, fidgety, edgy, but not anxious. He’s not worried about anything, he just wants things to move along.

It is uncharacteristic of him to be reflective, or remorseful, as one of my favorite Jacks, Jack Skellington of Nightmare Before Christmas fame:

There are few who deny,
At what I do I am the best,
For my talents are renowned far and wide
When it comes to surprises
In the moonlit night
I excel without ever even trying
With the slightest little effort
Of my ghost-like charms,
I have seen grown men give out a shriek
With a wave of my hand
And a well-placed moan,
I have swept the very bravest off their feet!
Yet year after year,
It’s the same routine
And I grow so weary
Of the sound of screams
And I Jack, the pumpkin king,
Have grown so tired of the same old thing…

We have all know a “Jack” at one time or another. He is seldom the muscle, but the brains; quick-witted and high-spirited, Jack is, and will always be, the friend we need to help us bend the rules. 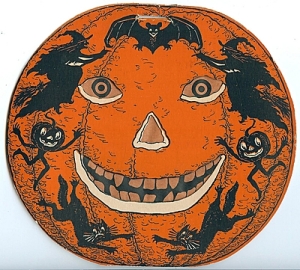 If you want to read about the history of Jack O’Lanterns from Irish history/folklore, click on this link.

Yes. I know it’s January. And don’t smash pumpkins. I take it personally.