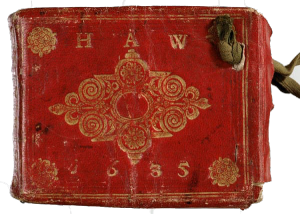 This past week we spent three solid, enlightening, and inspiring days at the PLC Institute. I have many practical ‘put it to use immediately’ ideas, as well as a boost on the emotional side of teaching. It takes this level of inspiration and a lot of cantaloupe fruit trays to take three days from summer break and make it seem like a vacation–it was wonderful.

But then the last day, during Mike Mattos‘s keynote speech, we heard the speech from John Kennedy and going to the moon.

That speech is older than I am.

Why don’t we have new stories?

Please don’t misunderstand me: the Apollo missions launched my childhood: civil rights, feminism, space, science, accomplishment. I, or anyone I knew, could do anything, including children of color: we were Americans, and we were smart and awesome. We had just saved the world from the most evil man in history, after all.

There is an inherent ageism in teacher conversations about change, mindset, etc. Referring to a ‘veteran’ teachers is often code for “old.” The truth is many of the same tired and over-used standbys come from younger teachers who were perhaps raised in traditional households, who took hold of some practice, and now don’t remember why. It’s that old ‘bacon in the pan’ story. They were taught how to teach a certain way, and then only listen to the presenter elders when told to mix it up. An older colleague doesn’t always carry the same veneration.

And why should it?

What have we done since we landed on the moon? Why aren’t we not only watching Kennedy challenging the nation, but Obama inspiring us with our Mars colonies? Or our cures for cancer, or diabetes? In listening to a doctor speak to cures about Parkinson’s he noted the stem cell research was halted by non-scientists. We all know someone who “doesn’t believe” in climate change as if it’s a religion and they are free to believe as they wish. Those people may even be in our close families. We have done great things, to be sure, but it all feels so singular, individualistic, and narcissistic. We create for our own emotional stages, and don’t wait to listen for applause in the silenced theatre.

There is not one damn thing to do about it, either. We live in an age where we are not only polarized politically, but the never-ending tug-of-war of ideologies and entrenched concepts mire all of us in the present tense. We all want to be right. We think the other is stupid, wrong, and even dangerously ignorant.

Cult of Pedagogy posted on Facebook a blog post she found inspirational: Of Leaders, Followers and the Self by Sherri Spelic. If I take anything away from the PLC summit, it’s that teamwork is hard, but the most important thing of all, including in our grander scale of families, friendships, and nation.

In my classes as well as in my meetings, I want to work with group members who

As a teacher, these are my objectives: the skills and competencies I want to develop in my students as we go about the business of learning all things PE. My kids are great at giving me the answers they think I want in response to the question: “What made you successful as a group?”

Not everyone can be the leader. But let’s start with the hard conversation about what makes a good leader, and more importantly, what makes a good follower. It’s the shift toward member. It’s the nuance of ego and efficacy. It’s okay to have beliefs and biases as long as those don’t become an obstacle.

When I am in a reflective place, as I am now, I smirk to myself at other administrators or colleagues who have mocked me for wanting “assume good intentions” as a norm long before I read this was a good thing. It was intuitive to me. It came from a place of life experience, intelligence, and personality. But because I wasn’t offering it from a place of power, it didn’t hold value. I would challenge all collegial conversations to check your perceived value biases at the door. The brand new teacher will have something amazing to offer if you’re quiet for a moment. So might the veteran. So might anyone for that matter — the custodian, the parent, the office secretary. Each member offers insights that cannot be manufactured or crafted. That is truthful authenticity to doing, and accomplishing, anything hard.

Ready when you are.